He made history as a forgotten hero.

One year before Jackie Robinson broke baseball’s color barrier, fellow Bruin Kenny Washington made history of his own, bursting the National Football League’s 13-year ban on African-American players. Like Robinson, Washington was a supremely gifted athlete with extraordinary character who stoically endured racist taunts and cheap shots on the field. Unlike the baseball icon, however, this unstoppable running back was all but forgotten until recently. Raised by his grandmother and uncle (the first uniformed African-American lieutenant in the Los Angeles Police Department), Washington came to UCLA in 1936 and immediately excelled in athletics, playing with Robinson and Woody Strode in one of the few integrated backfields in college football. In 1939, Washington led the nation in scoring and became the first Bruin football player to be named an All-American. But when he left Westwood, pro football wouldn’t take him. So Washington joined the LA police department and played for two African-American semi-pro teams. Finally, in 1946, he became a member of the Los Angeles Rams with Strode, whom Washington insisted be taken onto the team as well. After three years, Washington retired and in 1956, was inducted into the National Football Foundation Hall of Fame. In 1984, Washington was posthumously named a charter member of the UCLA Athletic Hall of Fame.

What wrong will you make right? 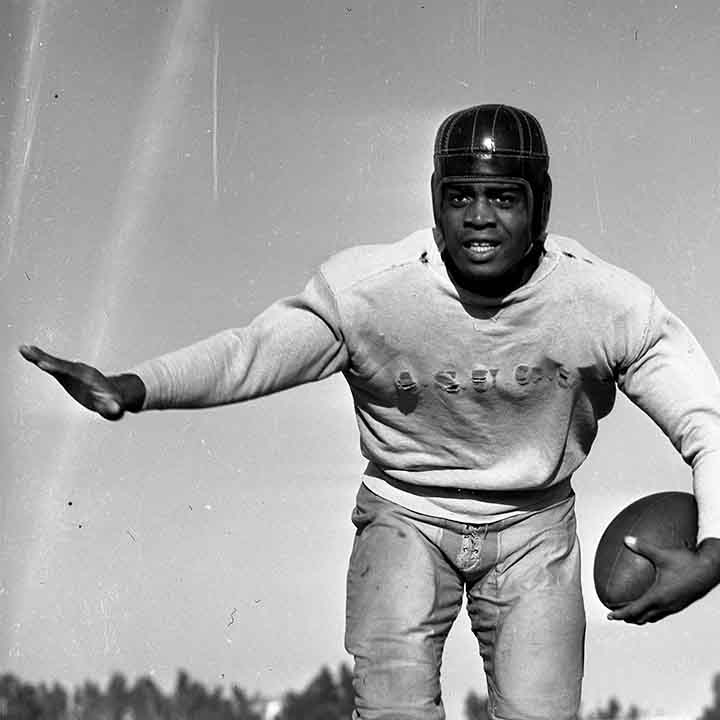