UCLA undergraduate students are designing and building the ELFIN satellite to conduct research into space weather. NASA has guaranteed a launch spot. 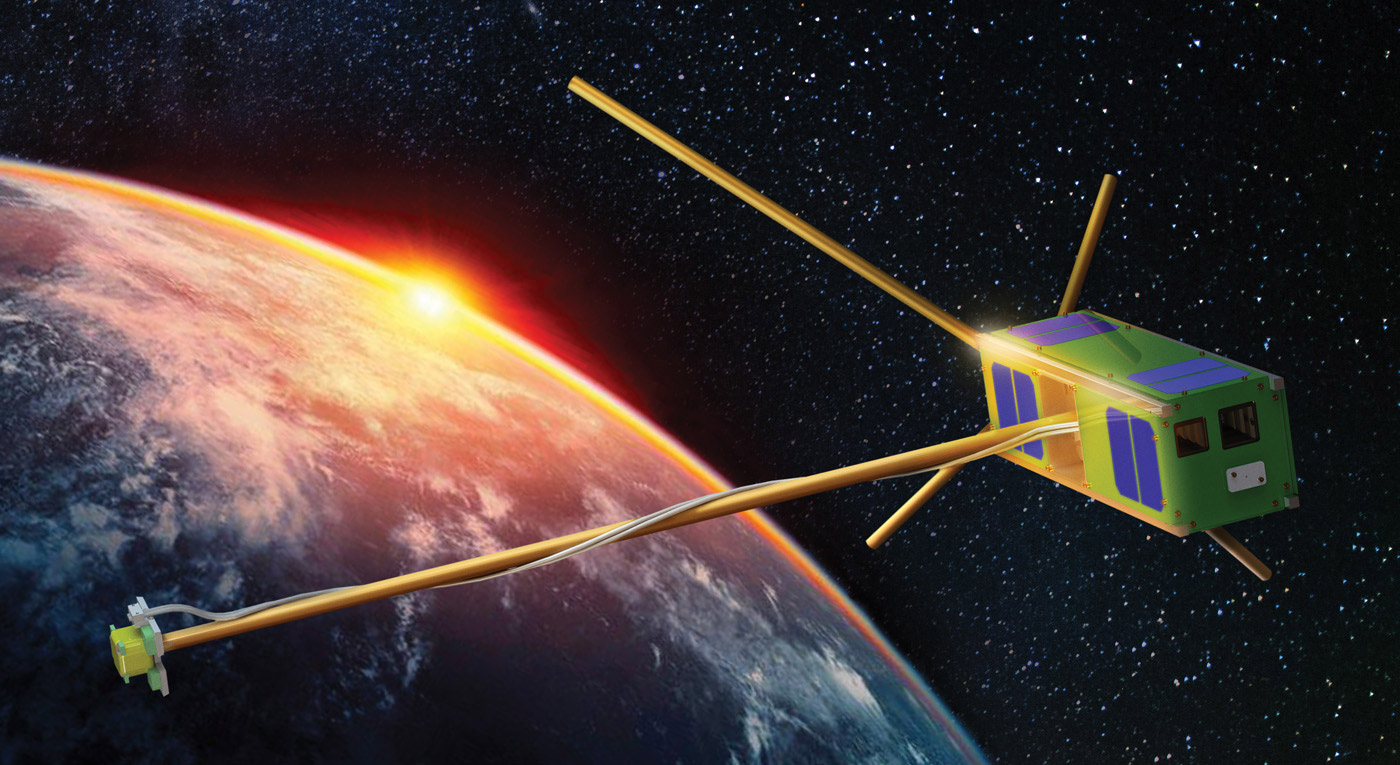 When UCLA’s ELFIN satellite lifts off, scores of UCLA undergrads will be high-fiving and 8-clapping like proud parents at commencement.

There was no guarantee that their plan to build a satellite would ever be anything but a proposal. But after thousands of hours of undergrad work, the ELFIN spacecraft made believers of the Air Force, NASA and the National Science Foundation. Now the project is funded and cleared for takeoff. 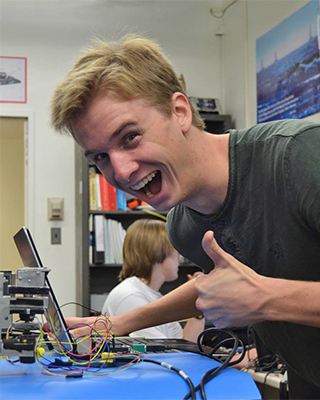 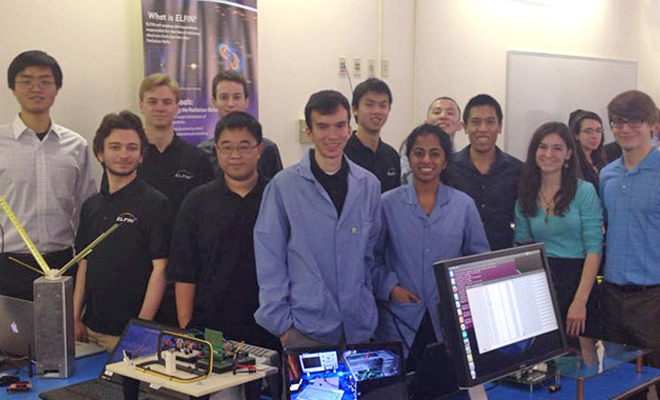 Since 2010, the students have spent thousands of hours designing, building and testing the ELFIN’s subsystems. ELFIN, more formally the Electron Losses and Fields Investigation CubeSat, is a small satellite with a big task: to investigate space weather and to analyze how electrons “empty out” of the radiation belts, transforming into the dazzling lights of the auroras. It’s an area of space science that is growing rapidly as the world requires ever more satellites and other space-based technology solutions.

Vassilis Angelopoulos, a UCLA professor of space physics, leads the team of scientists designing the instruments and research plan for the mission. When the project began, funding was scant and uncertain. There was no guarantee the satellite would ever be more than an idea. 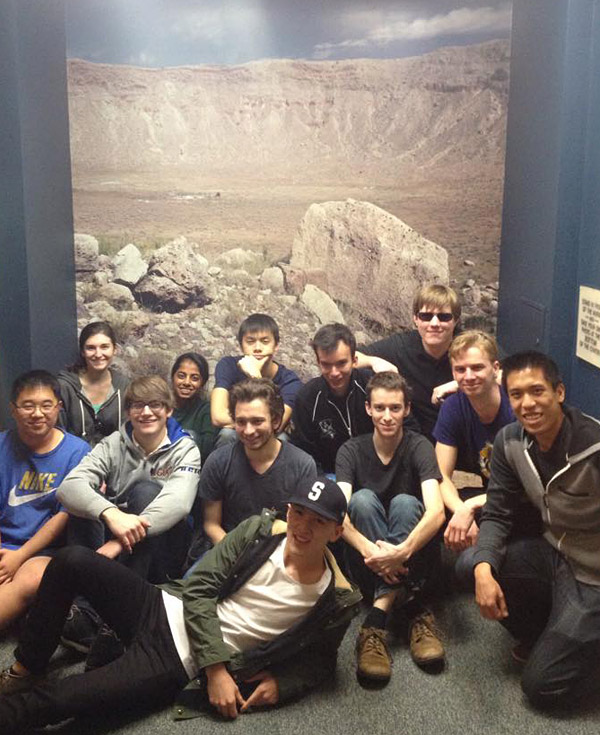 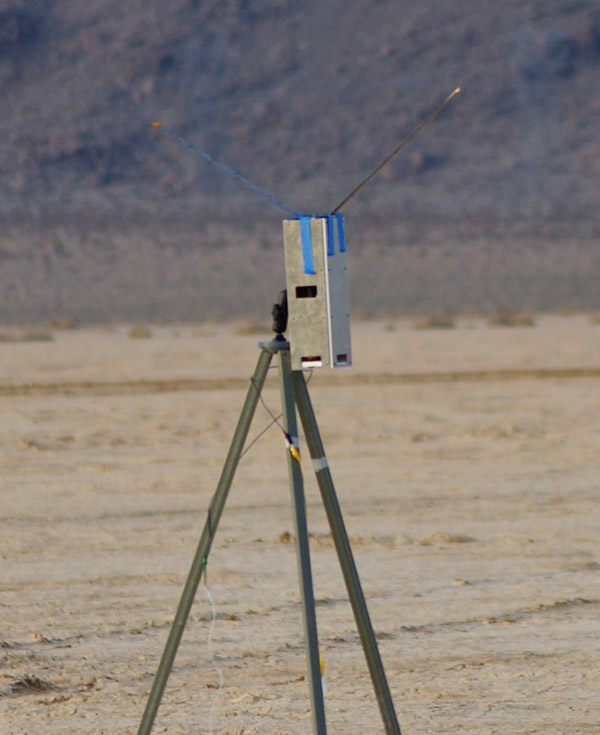 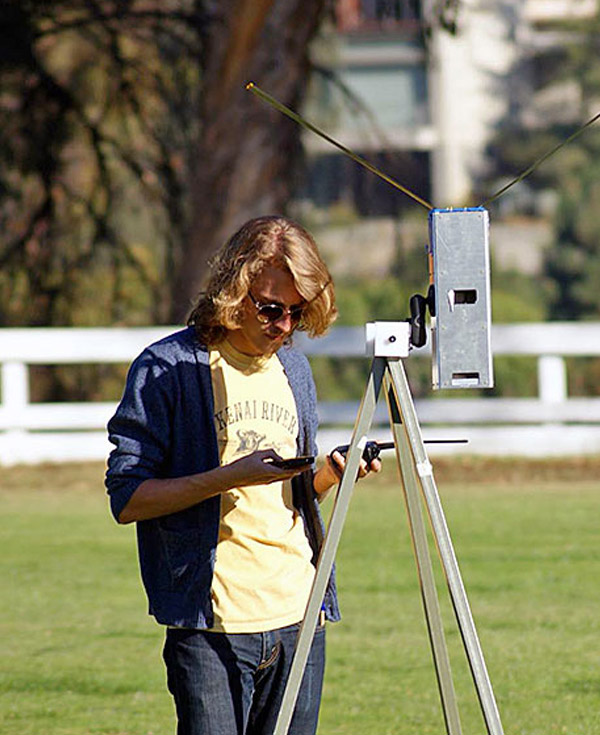 But the students’ work on the prototype, combined with the scientists’ research design, convinced the Air Force, NASA and the National Science Foundation to provide grants and launch space for ELFIN.

The satellite is now projected to launch late Fall 2018. A ground station on top of Knudsen Hall — with a backup on the roof of Boelter Hall — will track the spacecraft. 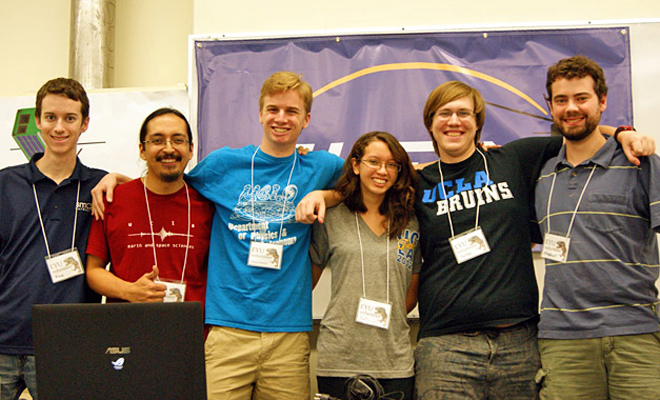 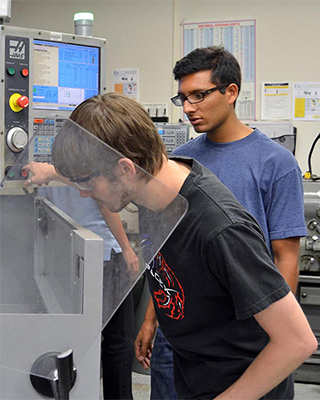 And the teamwork doesn’t stop with the students. The collaboration also involves the Aerospace Corporation, headquartered in nearby El Segundo. UCLA students, faculty and researchers come from three different academic departments and one institute: Earth, Planetary and Space Sciences; Mechanical and Aerospace Engineering; Atmospheric and Oceanic Sciences; and the Institute for Geophysics and Planetary Physics.

Proving yet again that when optimists work together, the sky is no limit.