When baseball wouldn't let him in, he refused to be out.

The first player to break the color barrier in Major League Baseball, Jackie Robinson was more than an incredible athlete. He was a literal game-changer. He showed the world that greatness is colorblind, and sometimes the real victories happen off the field. At UCLA, he was the first person to letter in four varsity sports in a single year. And while UCLA cannot claim to be the source of his athletic ability, perhaps being on the most racially integrated college football team at the time showed him that not everyone believed in barriers. Perhaps being in an environment that welcomed new ideas helped him endure the jeers, the threats, the old way of thinking with such grace, dignity and honor. UCLA didn’t get Jackie Robinson into the Majors, but we certainly nurtured his belief that he could.

What barrier will you break? 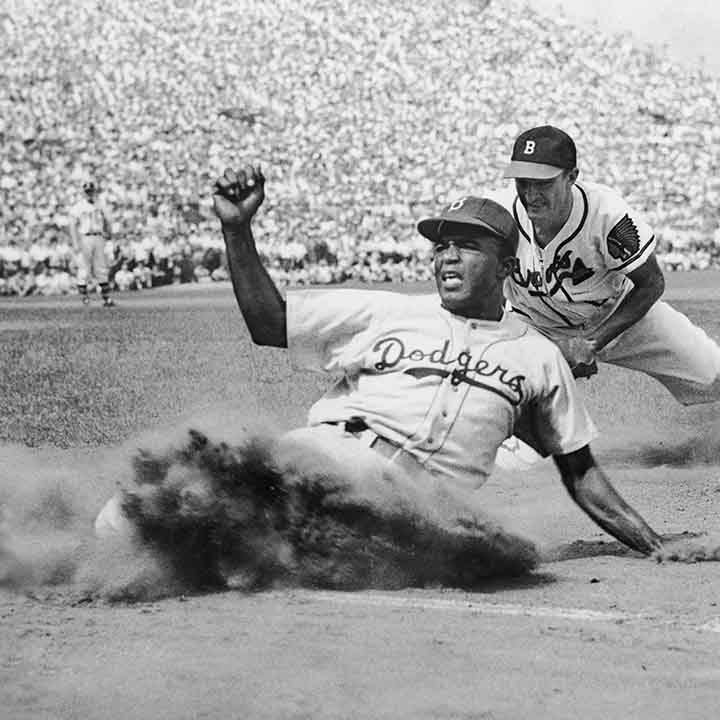